The Guardian wrote on July 11th that a great breakthrough has been achieved in anti-ageing drugs. This news article is based on a paper published in Science Translational Medicine, an interdisciplinary medical journal. According to the Guardian, these anti-ageing drugs will rejuvenate your immune system and revitalise organs that deteriorate with age.

What does the headline suggest?

The headline and first paragraph of this news article suggest that our immune system can be rejuvenated by a short-term treatment, which takes little time and effort. This treatment would be suitable for almost everyone and promises to not only rejuvenate our immune system but also to revitalise our organs. This statement hints to a life where we will never become ill. However, would it really be possible to rejuvenate ourselves? And would this treatment then really be suitable for everyone?

Where does this news originate?

The immune system is the natural defense mechanism of the body, that helps fight off intruders that enter the body to cause disease, such as bacteria and viruses. The great thing about the immune system is that it remembers all the intruders, so the next time it encounters one, it knows exactly how to disarm it. We can help the immune system a little by giving vaccinations, that will increase the response of the immune system. However, when we grow older, our immune system weakens and has more trouble protecting us from diseases. Another thing that happens when we grow older is deterioration of our organs, which will make them function less than before. Because of this lesser functioning of both the immune system and the organs, older people are more susceptible to respiratory tract infections, which are among the leading causes of death in elderly people. If these infections could thus be prevented, it will have a significant effect in protecting the older population.

The aforementioned ageing processes are thought to be regulated by certain cell signaling pathways, one of which might be the mTOR pathway. The researchers of this paper tried to assess whether this mTOR pathway could be inhibited, and thus to improve immune function. They did this by assessing the response of the body to the flu vaccine, also known as influenza vaccination. Two types of medication, so called mTOR inhibitors, were used and 264 healthy elderly participants were randomly divided into five groups:

Both participants and researchers did not know who was assigned to which group, so that afterwards it would be easier to determine whether the treatment really worked or that there was a placebo effect. All participants were treated for six weeks, and after a two-week drug-free interval, a seasonal flu vaccine was given. Four weeks after the vaccination, all participants had to donate a blood sample, to measure the response of the immune system. In addition, participants had to record if, and what type of infection they experienced, for a year.

The researchers found that the combination therapy of the two drugs, as was given to group 4, had the best response to the flu vaccine. Moreover, they concluded three things:

These conclusions however, do not match entirely with what is stated in the news article; the combination therapy does have a positive effect on the response of the flu vaccination, but this does not automatically mean that this treatment is able to rejuvenate our immune system or revitalise our organs. Furthermore, the participants had to report their own infections without the supervision of a medical professional, which could also have distorted the results. All things considered, the news article provides an overly positive projection of the actual research.

Is this really something new?

The mTOR pathway plays a big role in cell growth and proliferation, and mTOR inhibitors were therefore primarily used as antifungal drugs. A research done in 2012 already found that mTOR inhibitors might play a big role in the treatment of certain types of cancers. Because the mTOR pathway is partly responsible for cell growth, blocking this pathway seems like a logical idea to prevent cancer; which in essence is uncontrolled cell growth. mTOR inhibitors are currently also being used in organ transplants as immunosuppressive therapy; to prevent rejection of the organ. A lower incidence of cytomegalovirus (CMV) has been found in transplant recipients, supporting the claim of this article that mTOR inhibitors decrease the amount of infections.

However, not much further research has been done in the ‘rejuvenating and revitalising’ effects of mTOR inhibitors. Nonetheless we should consider that part of the challenges that come with ageing, such as being more susceptible to infections and deteriorating of organs, have to do with decreased cell growth and a weakened immune system. Therefore, finding a common target that can block or undo these processes is not such an odd idea. Perhaps that in the future, when more research is done, this can really be a treatment that will help us grow older.
Still, for now it is a bit too early to ask the doctor for mTOR inhibitors to get rid of wrinkles and other age-related ailments.

What can we conclude from this all?

A new type of drug, so called mTOR inhibitor, seems to play a role in boosting the immune system. Researchers found that treatment with this drug contributed to a better immune response of the body to the flu vaccine. Secondly, they found that this type of drug is safe to use in an elderly population. Furthermore, use of this drug for 6 weeks decreased the amount of infections for a year.
The information that is given in the news article; ‘rejuvenating the immune system’ and ‘revitalise our organs’ is thus a bit exaggerated and does not match the scope of the research. Looking at the mTOR pathway to search for targets to prevent ageing could still be promising in the future. However, a society where everybody is healthy, and nobody falls ill, is yet only possible in fairy tales. 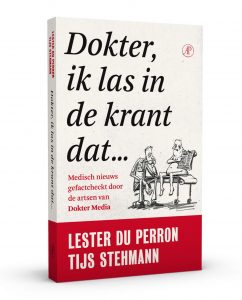